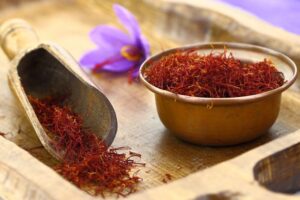 Iran has a special position in the cultivation of agricultural products due to its suitable climatic conditions. Among them, saffron has a special place, so that Iran is known as the largest producer of saffron in the world. Iran is the largest producer of saffron in the world and has about 90% of the production of this product. Statistics show that saffron cultivation has increased in the past years and the area under saffron cultivation has increased from 77 thousand hectares in 2011 to 105 thousand hectares last year. According to the Ministry of Agriculture Jihad report, Iran’s saffron production was 336 tons in 2021, of which 203 tons of saffron worth 286 million dollars was the share of Iran’s saffron exports. The amount of global saffron trade is estimated to be more than 8 billion dollars per year, of which Iran’s share is more than 44%. But our share of the market of this product is very small and we face challenges in the matter of exporting saffron products. Last year, the largest amount of saffron exports was allocated to the following countries:

The largest volume of Iran’s saffron exports is related to the following countries, according to Iran’s customs statistics:

The government should support the farmer in the form of buying saffron at an agreed price by export organizations to improve the export of saffron. It means that the government should determine the price of saffron and inform the farmers that if they don’t sell it in the market below this price. Also, price stability and market regulation, preventing price fluctuations and shortening the hands of dealers are other ways to develop saffron exports in the country.