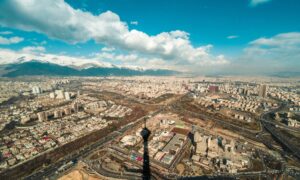 Based on the law and general policies of Iran regarding the development and support of domestic production as well as dealing with sanctions, this list has included more products in recent years. The latest version of the list of prohibited goods was published in such a way that almost 2500 items of goods were listed as prohibited products for export to Iran. Therefore, according to the list, it is important for importers and foreign investors to pay attention to the law prohibiting the import of goods to Iran. One of the biggest challenges in all businesses is the lack of awareness of legal issues and related laws in companies. This issue, especially in the field of international trade, may bring serious risks to individuals or companies. GTG Trading Company, having a successful experience and employing specialized experts, can perform the import and export procedures in the best possible way and guarantee the fulfillment of your legal affairs. Get in touch with us to learn about our field of activity at GTG Trading Company and for expert advice in the field of international trade. To know the list of prohibited products and import and export rules and regulations in Iran, read the rest of the article.

Weaknesses and strengths of product import

Some experts consider the introduction of a law banning the export of products to Iran as beneficial for the country’s economy, and they also believe that such a law will help the country to take a step towards domestic production, which will lead to economic prosperity. But some believe that banning the export of some products to Iran can indirectly cause economic stagnation, harm the gross national product and increase smuggling of goods into the country. However, according to the statistics of the Ministry of Industry, Mine and Trade in Iran, prohibiting the import of 2,500 unnecessary products, specifically prohibiting the import of products from group 4 and restricting the import of 722 items has saved Iran 5.8 billion dollars within a year and has increased gross national product.

Exported goods are generally divided into three categories: 1) Authorized goods are goods that can be exported without a license, you just need to pay the customs tariff so that it can be exported easily. 2) Unauthorized goods are goods that cannot be exported due to their illegal problem and cannot be exported under any circumstances. Goods such as weapons, drug cases or special photography and video recording devices, etc., whose export is always prohibited. 3) Conditional goods, goods whose export is possible only with the permission of the relevant institution, these goods are not prohibited for export, but may be declared prohibited in a period of time. You can export these goods if you obtain a license from the relevant institution and organization, or you may apply for a license, but it is prohibited under the influence of the previously mentioned conditions.

Classification of goods that are prohibited to export to Iran

* Products of the metal industry

* Products of the machine industry

* Products of the construction industry

In addition to the 10 categories of Iran’s prohibited goods that have been explained, the Islamic Republic of Iran has placed many items on the list of prohibited products permanently for religious, social and political reasons. For example, narcotic products such as opium, and all sorts of alcoholic drinks like vodka, beer, wine, liqueurs, and cordials are mentioned as banned products that cannot be exported to Iran. Keep in mind that people were banned from using these products after Iranian Revolution and they were also prohibited to be imported to Iran. Interestingly, in addition to alcoholic beverages and drugs, the import of products such as lard and pork, lobster, octopus and lobster is forbidden because they are haram, so their import is prohibited forever.