Home › Blog › News › What are the most important institutions of Iran that are involved in import and export?

What are the most important institutions of Iran that are involved in import and export? 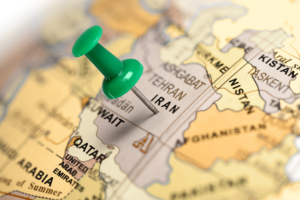 In today’s competitive world, the success of any nation depends on understanding and knowing the available facilities and making optimal use of them in order to further grow and develop in all dimensions and fields, and this is important in our country, Iran, which has been relying on oil revenues for many years. It seems very necessary and vital. A society that wants to stand on its own feet and maintain its independence in today’s world needs income from other resources and facilities that must be known and in order to grow and develop them, plan and invest and carry out effective measures and from the income Use these products that are the result of individual and social creativity. This important matter firstly requires research on the knowledge of resources, obstacles and possibilities and secondly planning to achieve higher productivity and faster action in accomplishing these plans. On the other hand, while exports improve the company’s performance, including sales volume, market share, profitability, and competitive position, it also positively affects levels of employment, foreign exchange earnings, industrial development, and national welfare. With the development of globalization and economic integration among countries, export became one of the most important strategies for internationalizing companies and national economies. To compete in domestic as well as foreign markets, company managers must understand numerous export issues and obstacles and their results on the company’s export development.

This issue is also important for policy makers in order to take some measures to eliminate or at least reduce their effects. The Islamic Republic of Iran is a very rich country in terms of natural resources, as it is estimated that only about 1% of the world’s population is in it, while 9% of the oil has been discovered and 16% of the world’s total has authority Natural gas resources Iran’s natural wealth does not end with oil and gas reserves, and this country is one of the owners of many other natural and mineral resources, including feldspar, barite, gypsum, iron ore, copper, manganese, zinc, chrome and gold. The river. According to current estimates and discoveries, Iran has about 5% of the world’s metal resources.

When it comes to renewable sources, Iran could easily get all its electricity from wind or solar energy and thousands of other economic potentials that could be discussed in thousands of other articles and researches. But how much of this potential has become a reality by 2022? The need for foreign investment and imports to Iran has created a significant potential for the countries of the region and the countries of the world in general. However, before investing and exporting to Iran, it is necessary to have information about the most important institutions related to import export in Iran. Information that will help you in the general business cycle with Iran, especially in the export issue. The most important organizations and institutions related to import and export in Iran are as follows:

Without a doubt the most important import export related organization in Iran is the Ministry of Industry, Mining and Trade of the Islamic Republic of Iran. MIMT has many tasks, from dictating Iran’s international trade policies to determining duties and customs policies, the scope of MIMT’s activities is very wide. Some of the most important services and duties that this ministry performs in the matter of import and export are:

Customs is the second most important institution of the Islamic Republic, which is active in the field of import and export. Iranian customs plays an important role in collecting government revenues and implementing Iran’s economic and commercial policies and guidelines. In fact, the national customs of this country is the gateway to the export market of this country.

Generally speaking, it could be said that the chamber of commerce of MIMT is a deeply-seated and well established institution which is known as an association and union of the private sector’s companies in the area of international commerce. Currently Iran has more than 38 active chambers of commerce with various countries in the world.

Naturally, the Ministry of Foreign Affairs of any country does not have a central and key role in the field of trade and export. But the situation is a little different in Asian countries. The Ministry of Foreign Affairs of Iran has always been one of the most important institutions of the Islamic Republic of Iran in expanding exports to other countries using political and diplomatic tools, and on the other hand, it is a very suitable way to connect with Iran for exporting to countries around the world. In recent years, Iran’s Ministry of Foreign Affairs has tried to play a stronger role in the development of international economic relations by sending its economic advisers to foreign countries. In general, Iranian embassies and consulates in other countries provide a good understanding of the Iranian market, the requirements for exporting to Iran, and the development of economic relations with this country.