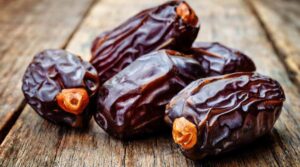 Dates are garden products compatible with the weather conditions in the Middle East that have high nutritional value and numerous food products. This product is fully compatible with the climate of parts of the southern and central provinces of Iran. Dates are one of the country’s currency garden products that have faced a great deal of decades over the past few decades, but in the 1970s production and export in Iran have increased dramatically and now Iran is one of the most important producers (after Egypt as second place) and major global exporters. Iran has the first place in the world in terms of cultivation of dates, and large quantities of this crop annually reach the markets of other countries and boost date exports. Therefore, Iran is one of the most important date -producing countries by producing all kinds of high quality export dates such as Mazafati, Piarom, and so on.

The very important thing in exporting date is to pay attention to the laws of the destination country and to comply with food standards in that country. European countries are one of the most important export markets of Iranian dates, which are the most important of them annually of Iranian dates such as Mazafati dates, Piarom dates, Kabkab dates and Zahedi dates. According to official statistics, among the world -producing countries, five of the main date produce countries have the highest level of cultivation and volume of production. Egypt with the production of one and a half thousand tons, Iran with the production of one and a half thousand tons, Algeria with the production of one and a half thousand tons in the third place, Saudi Arabia with the production of 6,000 tons. The UAE, Iraq and Pakistan countries are ranked fifth to seventh with production of 671000, 615000 and 494000 tons, respectively. Also, the statistics and information on date exports indicate that Iran was the second largest exporter of dates in the world in 2020 with a figure of about $ 297 million. However, given the low average export price of Iran to countries (about 88 cents per kilo) in 2020, compared to other countries’ export prices such as Tunisia, Saudi Arabia, France, the Netherlands and the United States.