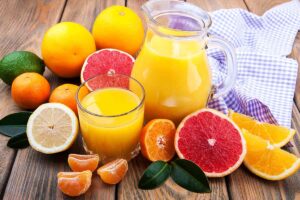 The decrease in revenues from oil exports and its extreme fluctuations, the increase in the country’s population, the decrease in the purchasing power of oil revenues as a result of the collapse of the exchange relationship in favor of industrialized and advanced countries in the way of trade with third world countries and most importantly, the exhaustibility of natural resources, including oil, should sound the alarm for us and especially for the country’s economic planners and policymakers. Due to the special climatic and geographical conditions, our country is one of the few countries in the world that has high capabilities in the production of agricultural products.

According to the latest FAO statistics in 2019, the investigation of the global situation of cultivated area and the amount of citrus production shows that the total cultivated area of citrus fruits in the world is 9,898,463 hectares and the total global production is 1,579,79260 tons, which has a value of 119,008 million dollars. The investigation of the production status of the major citrus exporting countries indicates that the countries of China, Brazil, India, Mexico, America, Spain, Iran, Egypt, Turkey and Nigeria occupy the first to tenth positions respectively. Iran has a 3.7% share of the world’s citrus production in the field of citrus fruits with five million tons of production and ranks seventh in the world, and in terms of citrus cultivation area with 303 thousand hectares, it has a 3.3% share of the world’s citrus cultivation area and it ranks 8th under cultivation in the world.

Russia, Germany, France, Netherlands, Canada, China, America, England, United Arab Emirates and Italy are the main countries importing the product. Iran’s citrus imports were 60 thousand tons and worth 51 million dollars. Surveys show that the export of citrus varieties will increase in the following years due to the increase in income, the growing demand and the variety of different uses of citrus fruits. However, obstacles such as inappropriate citrus packaging, non-compliance with citrus export standards, and high customs tariffs can play a huge role in limiting exports.