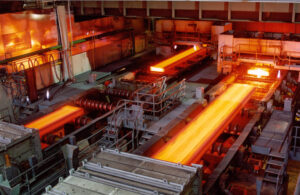 This article starts with Iran. Iran, maintaining its position as the 10th biggest steel provider, has improved production output by 3.7% on February 2022 compared to the same month last year, the world steel association mentions.

The next country in our list is Germany. With an increase of 3.8% year-on-year, Germany holds the 7th world producer of steel with 3.2 million tonnes in February 2022.