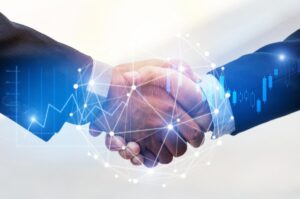 With the implementation of this plan, areas were selected as free trade zones. The goal of accepting the free market concept was to increase non-oil exports and finally attract foreign investment. According to the legal definition, free trade zones are areas of the territorial territory of Iran that are governed by special laws and regulations and are basically exempted from the laws governing the mainland of Iran. These areas are out of the jurisdiction of the customs (customs regulations) and benefit from the freedom of flow and movement of goods inside and outside. Unique geographic locations, developed enough infrastructure and foreign investment incentives have provided many opportunities for domestic and foreign investment in the regions.

According to Article 2 of this resolution regarding investment regulations in free trade zones, all natural and legal persons and institutions, both Iranian, foreign and international, can invest in free zones independently or jointly. Investment can be made through cash in Rials or exchangeable currencies, machinery or work equipment, industrial property rights, all kinds of road, rail and air transport vehicles. In some special cases, raw materials and semi-finished parts may also be considered as foreign capital in some special cases.

In the following, some of these zones will be introduced: