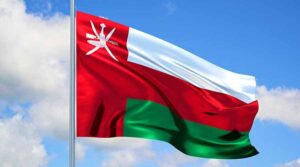 Since the economic development of countries always requires a degree of stability and development of foreign relations, especially with neighboring countries, Oman also has a vision called “Oman 2040” in which plans and programs are formulated to improve the country’s economic position and t has been observed that Oman will also put serious emphasis on improving trade relations with all countries, especially those countries with which they have had good relations for a long time. From Oman’s point of view, Iran can be a complementary development of Oman. The country of Oman is one of the important countries in re-exports, and Iran is among the first 5 re-exporting countries from this country; This country is one of the important gateways for trade with Africa and other countries of the world, even countries hostile to the Islamic Republic of Iran. Despite the good investment capacities in Oman in fields such as agriculture, fishing, energy and shipping, the Islamic Republic of Iran has not had an effective presence, especially in the free and economic zones of Oman.

In fact, despite the existence of many potentials and capacities in the economic field to expand relations, Iran is satisfied with commercial exchanges mainly in the level of agricultural products with this country; while the establishment of targeted economic relations can be effective in the political conditions of the two countries as well as the regional conditions. It is interesting that the existence of this economic cooperation between the two governments of Iran and Oman, in addition to mutual benefits, can be considered as a suitable model for expanding economic cooperation for neighboring countries in the long term. The economic cooperation between the two countries has been accompanied by problems due to the lack of planning and the lack of a road map for the development of relations.

On the other hand, the lack of economic research is also a factor that prevents the creation of a scientific road map depending on the ability of both sides to expand relations. The Islamic Republic of Iran is a country with high production diversity and produces all kinds of industrial products with export capability, and the lack of industrial items among the export items indicates a weak performance in the field of marketing for Iranian products in Oman. The establishment of the Iranian and Omani businessmen’s council, the opening of the Omani economic cooperation office in Bandar Abbas and the presence of Iranian companies in Omani tenders are among the most important measures taken in the framework of bilateral economic relations. The activity of Iranian investors with 100% ownership, without the presence of an Omani guarantor and providing long-term residence is one of the facilities established for investment in our country.

The reduction of taxes and costs related to company registration for business and the necessary facilities for land acquisition have been needed by economic activists in this direction. According to Iran customs statistics, in April 2022, the amount of exports to Oman was 176 thousand 203 tons of goods worth 74 million 390 thousand 296 dollars, which compared to the same period last year, a 7% increase in weight and 103% increase in value. Also, the amount of imports from Oman in April this year was 41 thousand 328 tons worth 36 million 773 thousand 866 dollars, which is a 29% increase in weight and a 143% increase in value compared to April last year.