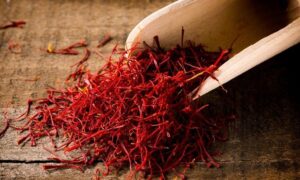 In order to better understand the Iranian saffron plant and how to import it, let us first give a brief definition of it.

Saffron with scientific name crodcus stativus is a small perennial plant with a height of 10 to 30 cm. From the middle of the bulb or the base of the stem, a number of narrow and long leaves come out. From the center of the leaves, a flowering stem emerges, leading to one to three flowers. The flowers have 6 purple petals, which may be pink or purple in some varieties. The flowers have 3 stamens and a pistil leading to a red to orange three-branched stigma. The part used in this plant is the end of the cream and the three-branched stigma, which is known as saffron and is fragrant and slightly bitter. The aroma of saffron is due to a colorless essential oil and an oxygenated substance called safranal. The taste of saffron is related to the bitter compound named Picrocrocin. The color of saffron is associated with the existence of a substance called crocin.

Iran is the largest producer and exporter of saffron in the world with annual production of 330 tons and export of 280 tons of this product. Meanwhile, Razavi and South Khorasan provinces have the largest share in Iran’s saffron production with a share of 85%. Recently, the development of saffron cultivation and production in North Khorasan has been on the rise. The right time to plant this plant is late May and early June, the warmer the weather gets and the later the plant is planted, the more vulnerable the bulb becomes. Also, irrigation of this spice is done at the beginning of cultivation and a few days before harvesting its stamens. As a result, its care and watering is easier and less than other plants. Saffron onions are cultivated once every seven years. And its harvesting time is October and most likely by the end of November. Planting time, cleaning method and harvesting time of this spice affect its quality and price. Now, if its flags are picked and dried on time, they will certainly be of better quality. Due to its warm nature, saffron can withstand cold weather to a large extent, saffron bulbs continue to grow normally at -40 degrees Celsius and completely maintain the freshness and vigor of the leaves.

Saffron has 28 volatile organic compounds that are very sensitive to fluctuations in the pH level and are easily destroyed in the presence of oxidizing factors such as light and air, and this is why it must be stored in closed and protected containers and away from sunlight. The most important compounds in saffron include yellow compounds that are well soluble in water (crostin derivatives), bitter compounds including picrocrocin, which are especially stomach tonic. Also aromatic materials, the most important composition of which is safranal, which sometimes makes up to 1% of saffron, fixed oil up to 10%, as well as moisture about 1310% and mineral compounds about 5%.

What are the uses of Iranian saffron?

In these days, the use of natural color has its own followers due to the safety of the consumer and maintaining the health of the body. As a result, using the saffron flag in the textile industry is a suitable option. Of course, the history of using natural color in other industries such as dyeing goes back many years.

Due to its unique compounds, saffron is used in the cosmetic industry as a deodorizing and aromatic material. Of course, in the perfume industry, it is considered one of the common essential oils.

In addition to anti-flatulence, Iranian saffron is effective in strengthening the stomach, better digestion of food, preventing enlargement of the spleen, liver and excretory system infection, measles and dysentery.

Iranian saffron, known as red gold, has a high export value. Iran is the largest producer of saffron in the world. The history of saffron cultivation in Iran dates back to more than 3000 years ago. While exporting saffron to many parts of the ancient world, the Iranians introduced its properties to the Greeks, Romans, Chinese and Semitic peoples, including the Arabs.